The Idaho Humane Society is the largest and oldest animal welfare organization and veterinary charity in the state. We are a private 501(c)3 organization that relies on donations to provide programs and services that benefit animals in Idaho.

Idaho Humane Society began sterilizing its shelter pets at the Blue Cross Animal Hospital in Boise in the 1940’s when the practice was still performed with primitive ether anesthesia when many veterinarians were not even equipped to provide small animal surgery. We were the first shelter in Idaho to implement mandatory sterilization of all adopted pets. In 1984, the Idaho Humane Society opened Idaho’s first high volume spay and neuter hospital and we were the first animal shelter in the state to embrace pediatric spay and neuter. The result of our efforts has been a dramatic reduction of pets entering the shelter system.

Idaho Humane Society has a wonderful working relationship with many rescue groups. Over one thousand animals are transferred each year to our shelter by both smaller rescue groups and other shelters because of our high adoption rates and the ability to provide special care including veterinary care for pets that exceeds most groups’ resources to provide. Also, every year we transfer some pets from our facility to various specialized rescue groups; in particular, those pets that may not be suited for life in a typical household and may need permanent sanctuary in a highly controlled environment.

Idaho Humane Society has the largest network of volunteer foster caregivers in Idaho and nearly 2,000 animals are cared for annually by our loving foster families. Special needs pets such as un-weaned kittens, pets recovering from injuries and illnesses, and those that require behavioral interventions or socialization, are all saved by this extensive program that greatly increases our capacity to save pets. We also have an amazing correctional facility based foster program that has been in place for many years.

Adoptions are vital to our lifesaving mission and luckily most of the pets we shelter are placed in new homes very quickly. We ensure that pets at our facility get great exposure to prospective adopters by being open more days and longer hours than any other shelter in Idaho. Our website and extensive social media presence promote our adoptable pets and we regularly participate in off-site adoption events. Many local businesses house and provide an adoption venue for our shelter animals as well.

Our employees and volunteers work together to ensure shelter animals receive plenty of physical and mental stimulation on a daily basis. Enrichment is important because a shelter is an unnatural environment for any animal. It’s easy for pets of all kinds to get frustrated and stressed when spending most of their day in a kennel. And that’s problematic because bored animals are more likely to misbehave and scare potential adopters away – which, of course, means they could end up spending even more time waiting for a forever home.

Enrichment is all about creating productive experiences for animals at the shelter, and variety is a key component of that – the goal is for every IHS resident to receive a range of enrichment each day. For dogs, that can include an hour in playgroups with fellow canines; clicker training with a staff member or volunteer; a meal served in a puzzle feeder or a Kong stuffed with peanut butter and treats; and even a cat blanket to sniff – all of which activate different parts of the brain. Puzzle feeders and clicker training are wonderful for shelter cats as well, in addition to catnip or a toy covered in a prey scent.

Are you interested in assisting with our kennel enrichment program? Trained IHS volunteers can assist by prepping puzzle feeders, running playgroups, distributing catnip or toys, rewarding desirable behaviors with clickers and treats, and more! You can learn more online.

We always want to focus our shelter resources on the pets that most need our care and whenever possible, we work to keep pets with their owners. This includes assistance with behavioral and medical problems that may exceed a family’s capacity to deal with but with some expert assistance and financial support can be solved.

In the entire U.S., there are only a handful of animal shelters with more comprehensive veterinary medical capabilities than provided at the Idaho Humane Society. Shelter animals receive the same medical care that they would receive as if they were owned. The Veterinary Medical Center benefits the low-income pet owners that seek our assistance and is our most impactful outreach into the community.

Increasing adoptions, maximizing donations, recruiting volunteers, partnering with community agencies, and being transparent in all our activities has been our approach since our inception.

Our 1,200 volunteers are the backbone of our organization and they work at every single level of our organization. From our all-volunteer board of directors to our dog walkers, cat huggers and dish cleaners – our volunteers make a lifesaving difference every day at our facility and are fully integrated into all aspects of what we do.

Every animal we adopt out is implanted with a permanent identification microchip. We work diligently to match reports of lost animals with animals in the shelter, rehome animals in the field when possible, and use technology such as posting photos and information of stray animals that have made their way into our shelter and receiving lost reports online to ensure faster reunification of pets with owners.

From top to bottom, our organization is committed to saving every animal that we possibly can. We are continually open to new ways to improve the chance for every savable pet to find a new home and our programs exemplify this. 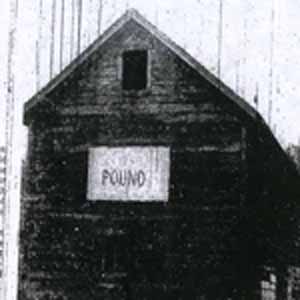 The original Idaho Humane Society was formed in Boise in the late 1890s and active through the early decades of the last century. It was an all-volunteer organization. Some of the original members were later affiliated with the current Humane Society, including District Judge Charles F. Koelsch, who was a lifelong and influential advocate for the humane treatment of animals and for the punishment of those who perpetuate acts of cruelty.

The result was a front-page Idaho Statesman exposé that infuriated local citizens with its account of stray dogs languishing in the pound. The pound facility at the time was a three-sided wooden barn located on the banks of the Boise River near present-day Ann Morrison Park in an area known to residents as “shanty town.” Dogs were reportedly kept without adequate food or water, and subsequently shot and left to decompose within the structure.

Reacting to public pressure, the mayor assured residents that the situation would be remedied and pledged to adequately fund the pound with dog license revenue. With the help of the group that would become the Idaho Humane Society, the structure was cleaned and the animals were cared for properly. New policies for humane euthanasia, sanitation and plentiful food and water were put in place, and mandatory holding periods for stray dogs were also established.

The Idaho Humane Society took over the functions of running the shelter and was highly successful at finding the owners of lost dogs and adopting out those that were not claimed.

Olga Rothchild, both passionate and forceful in her concern for animals, continued to be a driving force in improving conditions. The group was ahead of its time, ensuring that adopted female dogs were spayed at the Blue Cross Hospital for Dogs in Boise (a revolutionary idea at that time). During this time the pound had no electricity or heat, and water for cleaning had to be carried from the river in buckets.

One of the organization’s early accomplishments was passing local animal cruelty and dog-at-large laws. The shelter was moved to an old army barracks at Gowen Field in 1949. In 1959, a new shelter was constructed. The majority of funds came from the Humane Society, with Ada County and the city of Boise contributing the rest.

Although conditions were much improved, this shelter was overcrowded from the beginning, a situation that was remedied in 1997 with the construction of the Dorman campus’ 27,000-square-foot facility funded by a capital campaign that raised $3.8 million from local philanthropists and businesses.

November 2019 brought the opening of our new 42,000 square foot shelter, completely paid for by local philanthropists and businesses once again. The new facility hosts our adoption, education, and veterinary medical centers.

The shelter currently handles an average of 11,000 animals a year and has one of the most successful adoption and fostering programs in the Northwest. The current Idaho Humane Society has a staff of over 100 employees and more than 1,000 volunteers. It is governed by an all-volunteer board of directors.

The mission of the Idaho Humane Society is to advocate for the welfare and responsible care of animals, protect them from neglect and cruelty, and promote humane education, awareness, and compassion.

The Idaho Humane Society will continue to grow and meet the demand to shelter, feed, provide medical attention to, and find adoptive homes for abandoned and abused animals in our community; to share information with Idahoans about the proper care of their own pets; to prevent animal overpopulation; and to promote kindness to animals. We envision a humane Idaho in which healthy and adoptable animals are no longer euthanized, and both domestic animals and wildlife are treated with compassion and respect.

Idaho Humane Society fully supports a collection of core humane best practice approaches to animal sheltering, many of which have been at the heart of progressive shelters like the Idaho Humane Society since the middle of the 20th century as well as other more modern innovations.

We adhere to the tenets of Socially Conscious Sheltering, a set of beliefs that animal welfare organizations around the world embrace to create the best possible outcomes:

The Idaho Humane Society has life-saving programs in place to help prepare animals for adoption and assist with keeping animals in their loving homes. IHS also assists animals from overcrowded shelters in other communities and ensures that every pet in its care receives plenty of mental and physical activity on a daily basis.

You can read more about each of the programs below.

Our nonprofit Veterinary Medical Center is located at:

Exam fees must be paid for in advance before the patient will be seen.

Generosity comes in many forms; when you give to Idaho Humane Society, you help us make a difference.

Donations made through Facebook and PayPal Giving Fund will transmit to Idaho Humane Society within 15-45 business days after a donation is made. A tax receipt will be emailed immediately from PayPal Giving Fund.

Checks may be made out to the Idaho Humane Society and mailed to: