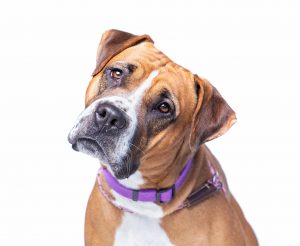 Idaho Humane Society CEO Dr. Jeff Rosenthal said the new building’s larger enclosures and less stressful environment made a big difference on the disposition of the animals. He said IHS had its highest save rate for animals in the past year, which he partially attributes to the more calming environment.

“People come in here and see this is a warm and friendly space with animals that are well cared for,” he said. “The decrease in stress level is just dramatic for the animals that come into this facility.”

This shift in how service cost calculations meant IHS increased its fees to the local governments to continue providing services. Rosenthal acknowledged this cost the localities more money, but he said their fees are still less than other comparable cities in the Pacific Northwest are paying to operate these services themselves.

“Based on a study done earlier this year IHS ranked at the top compared to similar organizations for positive outcomes for animals, but in the lower half for revenue received per animal,” he Rosenthal wrote in an email. “As a matter of fact, IHS finished this fiscal year with a combined dog and cat live release rate of 94 percent.”

Data provided by Rosenthal showed IHS’ budget for animal control services is $5.10 per capita, which lags far behind other cities in the region for animal care. Spokane spends $7.53 per capita, Washoe County where Reno is located spends $12.60 per capita and Portland’s Multnomah County spends $13.40 per capita.

Today we meet Daphne, a two year old husky who is up for adoption. Learn more:...