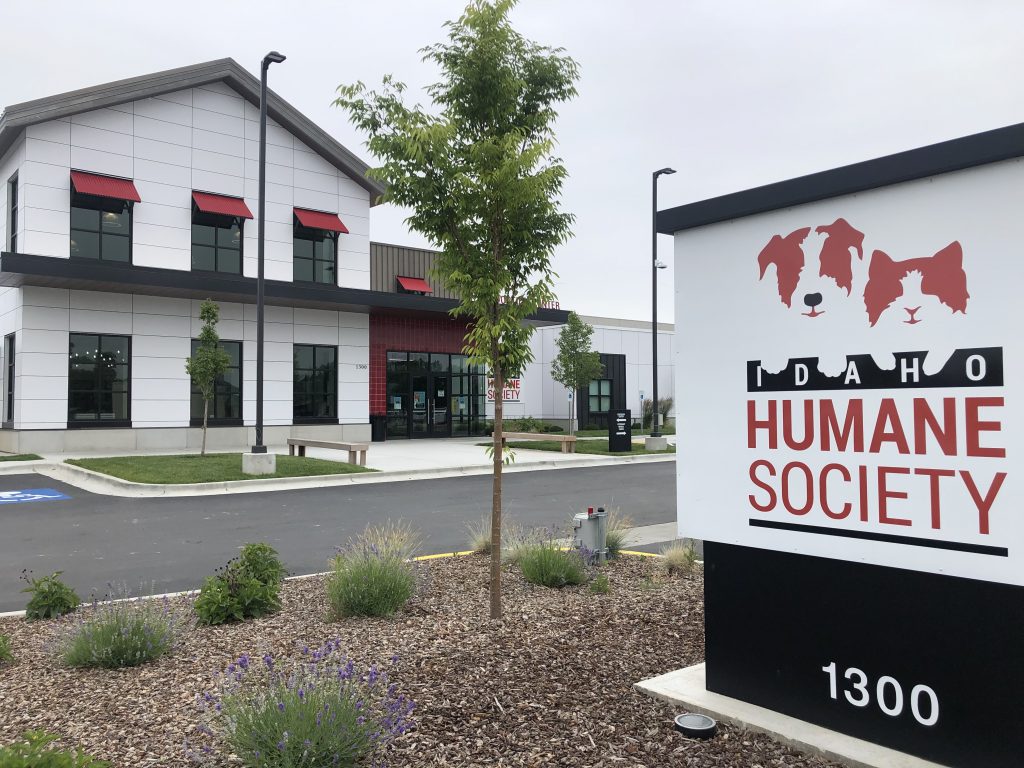 The Idaho Humane Society is proud to assist in the arrest of Krystal Scott, 19, of Kokomo, Indiana on felony charges of animal cruelty. On June 16th, we opened an investigation into a cybercrime taking place where animals were being maimed and killed online. Initial reports concluded that the individual(s) involved in the crimes lived in the Homedale, Idaho area. We began our investigation by involving the Owyhee Sheriff/Homedale police and then took the case to the Boise Police Department.

After involving Boise Police and sending the information that we had obtained, Boise P.D. was able to bring the FBI onto the case. During the course of the investigation, it was revealed that the man’s photo that had been circulating had never been involved in the case, nor was the suspect living in Idaho. It was put into play to act as a smokescreen by the perpetrator to throw off the investigation. We believe this led to her downfall, as our dedicated investigations department, online trackers, and police officials took this case to heart and didn’t give up until an arrest was made.

We would like to thank all the police departments including Boise PD and area sheriff’s who worked with the Idaho Humane Society on the investigation which resulted in an arrest for these horrific crimes. One group of citizens banded together online went unnamed and we are grateful for their support, for their part played in their Discord group. These super-sleuths dedicated their personal time to helping track this perpetrator down with professionalism and provided valuable tips to the authorities. They are the reason this investigation was initially picked up, as they began tracking the suspect back in May.

The FBI made the announcement of the arrest on July 15th below:

“As decent human beings, we have a great responsibility to protect and have compassion for the animals that inhabit this earth.” said Minkler. “It is unconscionable to think that any human being could possible bring themselves to such acts upon an animal. We cannot allow this behavior in a decent and moral society. That is why Ms. Scott must face the consequences of her choices.”

Beginning at least on or about May 3, 2020, and continuing until at least July 8, 2020, Scott, began posting images and videos over various social media platforms, that depicted Scott torturing and graphically killing cats and dogs by hanging, skinning and other means.

Scott’s conduct attracted the attention of several private citizens who began using publicly available information to attempt to identify the perpetrator. The concerned citizens shared and collected information so that they could provide it to law enforcement and the American Society for the Prevention of Cruelty to Animals.

On June 16, 2020, the Boise, Idaho Police Department received information from some of those concerned citizens, and immediately opened an investigation. After reviewing the videos and images, the officers concluded that they constituted “animal crush videos,” which is a federal violation.

On June 18, 2020, Boise Police Department contacted the FBI who began working to identify the perpetrator. Working in conjunction with the Boise Police Department and the Ada County Idaho Sheriff’s Office, the investigation revealed that Krystal Cherika Scott of Kokomo Indiana, was responsible for torturing and killing the animals, then posting the videos. Scott obtained the animals, at least in part, by responding to online ads from individuals who were seeking to give away their unwanted pets for adoption.

The FBI Indianapolis Field Office joined the investigation, and learned that Kokomo Police Department had recently contacted Scott after receiving similar animal cruelty complaints in May and June. At that time, Kokomo Police were unable to make an arrest and were unaware of the other investigations involving Scott.

As agents worked to gather evidence, Scott continued to post images of dead animals on Instagram and Tik-Tok as late as July 8th, 2020. On July 9, 2020, the Honorable Doris L. Pryor, Magistrate Judge in the Southern District of Indiana, approved the execution of search warrants seeking additional evidence from Scott’s person, residence, and vehicles, as well as the search and seizure of evidence obtained by the Kokomo Police Department.

On July 14, 2020, Special Agents of the FBI and other law enforcement officers executed the warrants. During the search, the FBI recovered numerous animal parts and skulls that were consistent with the size of cats and dogs. Agents also discovered approximately three live dogs, twelve live cats, and several lizards.

This case was the result of an investigation by the Boise Police Department, the Ada County Sheriff’s Office, the Federal Bureau of Investigation Resident Agency in Boise, Idaho and the Indianapolis Field Office. The Kokomo Police Department also assisted with this case.

“Animal abusers have total power over that animal and, if someone is willing to be that cruel to an animal, evidence suggests they may target vulnerable humans as well,” said Special Agent in Charge Paul Keenan, FBI Indianapolis. “In November of 2019, the Preventing Animal Cruelty and Torture Act was passed to address this issue and to assist law enforcement to better target intervention efforts with respect to animal cruelty and the crimes for which it serves as a marker. Our agents and law enforcement partners will continue to diligently work to identify and investigate those who would perpetrate these crimes.”

“This case is an outstanding example of society’s intolerance to animal cruelty and the public’s willingness to do the right thing,” said Special Agent in Charge Paul Haertel of the FBI’s Salt Lake City Field Office. “Tips poured in from all over the world, assisting in an intense and technically complex investigation to find the alleged perpetrator and put a stop to the senseless and horrific abuse of innocent animals.”

“The Boise Police Department is thankful to have played a role in the investigation into this disturbing crime. We had concerned people from all over the world contact us about the terrible images they were seeing on social media. Our officers and detectives worked hard to investigate leads here in Boise and partnered with the FBI as the investigation grew and moved out of state.” said Boise Police Department Deputy Chief Ron Winegar. “We also want to thank the Ada County Sheriff’s Office for their assistance as well as the public for their many tips and patience as we worked to see this investigation through.”

According to Assistant United States Attorney Tiffany Preston who is prosecuting this case for the government, the defendant faces up to 7 years’ imprisonment, 3 years of supervised release, and a maximum fine of $250,000.

A charge is not evidence of guilt. All parties are presumed innocent until proven otherwise in federal court.

Today we meet Daphne, a two year old husky who is up for adoption. Learn more:...