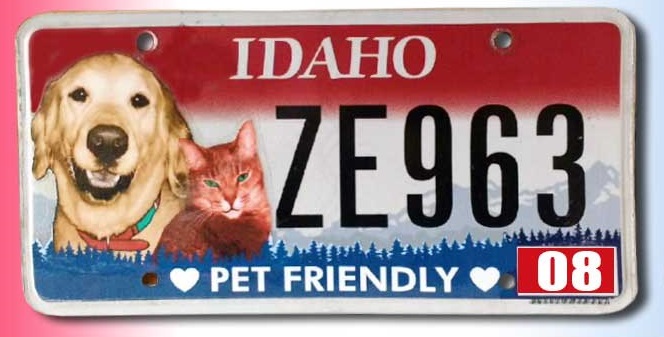 The ailing Rep. Hy Kloc, D-Boise, had worked on the bill for several years; he’s been out ill for this year’s entire legislative session, with substitutes filling in for him, and hasn’t filed to run for re-election. When his House colleagues brought the bill forward for him – calling for creation of the special plate that featured a heart-warming photo of a dog and cat – the bill died on a tied 31-31 vote in the House.

Reps. Christy Perry, R-Nampa, and Lance Clow, R-Twin Falls, moved to reconsider the vote, in which eight House members were absent. But when the new vote was taken, the bill failed again, this time on a 32-31 vote.”