The Hero House is a home that Hubble Homes and its many trade partners donate labor and materials to build and then sell, giving 100% of the proceeds from the sale to charity. Don Hubble and Kuna, Idaho, mayor Joe Stear had the honor of making the first dig and announcing the seven charities that will benefit from this year’s project. 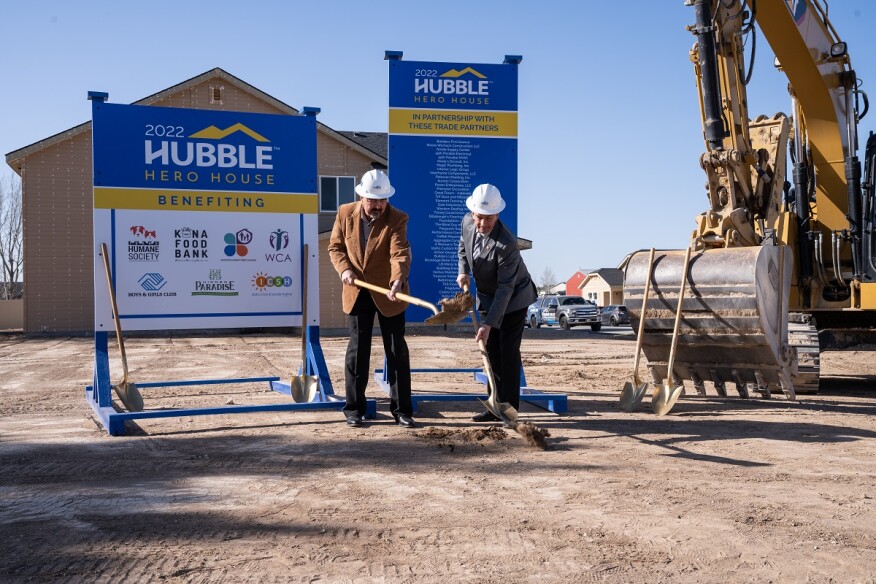