A squirrel in Boise was shot with an arrow. What happened when people acted to save it 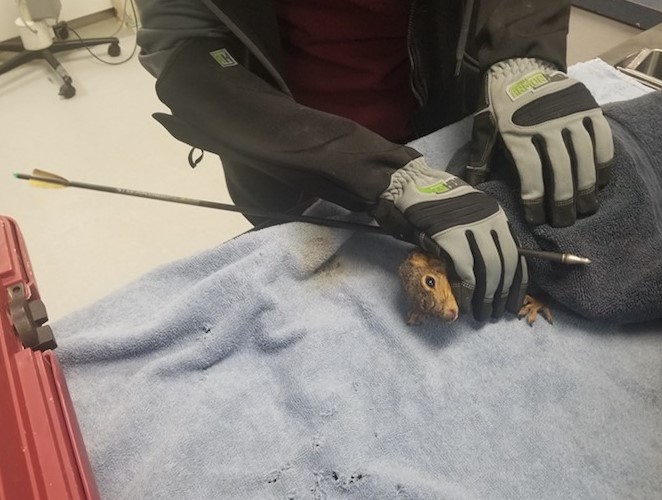 The arrow went through the squirrel’s muscles and skin, Idaho Humane Society spokesperson Kristine Schellhaas said. The injury appeared to be about a week old, she said. The Humane Society’s staff safely removed the arrow and flushed the wound. Schellhaas thanked the person who made the call and helped jump-start the rescue effort.

“We couldn’t do the work we do without our partners,” Schellhaas said by phone. “We could only respond to calls we get tips on.” Read more…

Humane Officers received a call that an injured squirrel was living with a protruding arrow near Boise Avenue and Broadway last Friday. Officers set up a trap so that we could safely capture the squirrel and thankfully, we were able to bring it back to our shelter for care the same day.

Luckily, our medical staff discovered that the arrow had only gone through the squirrel’s muscles and skin above the shoulder blades. Our staff cut the arrow to remove it safely, flushed out the wound, and provided antibiotics and pain medication.

We contacted our friends at Animals In Distress Association & Ruth Melichar Bird Center to take over care. We recently checked in with them and we’re happy to report that he is doing fantastic! They are continuing antibiotic care and enrichment until he has fully improved. He is quite a little fighter and will be released back into nature in the near future. They will be placing him in a new area to ensure he has a safe place to live. 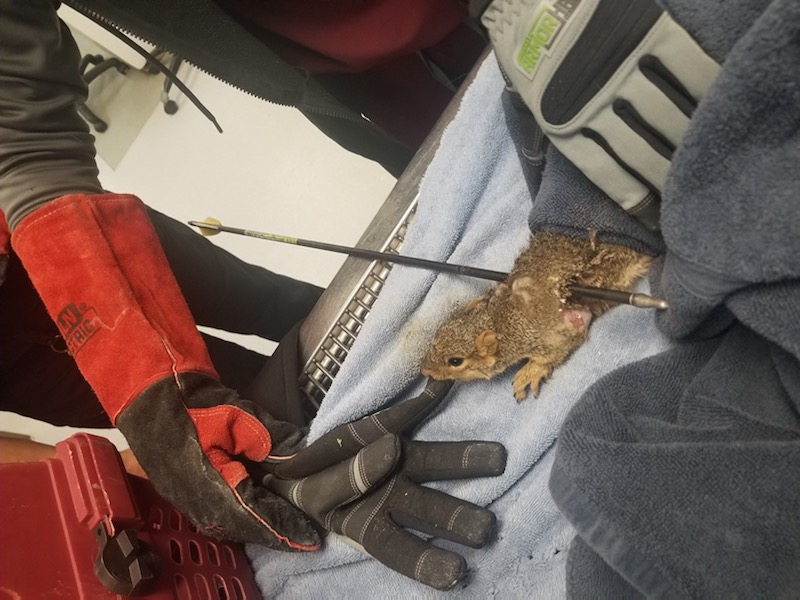